Thanks for stopping by to read my UCM Social Review [JAN 2020 UPDATE] and to celebrate the newest phase of this business. I say business and not program because that’s what it is. It’s a business model in a box…and it just got easier to be an affiliate. They’ve put about $10,000 into their new revamped pages, software and training. As well as giving you $500-$700 a month in leads!

When this was launched in September, Tim, Alan and team had NO IDEA it would blow up the way it did. It grew so fast, it freaked out Facebook, PayPal and any other social media platform. So much so, that Facebook shut down the group, Pinterest shut down accounts and PayPal shut down their account! Translation being…everyone wanted to find out what this was and why wasn’t UCM giving them a piece of the pie. We all know if Facebook, PayPal and any other platform isn’t getting a piece, well you might as well say goodbye to using their platform.

The sad part of the whole thing was that the former program was from the heart. Have people donate to people and change lives. In a mere 2 months, lives were changed. The power of “people” was realized. I had received 21 donations in about 6 weeks and it was really taking off until EVIL CORP decided that was enough. EVIL CORP gets their cut or you’re done. Welcome to reality folks 🙂

So now there is UCM Social “Get Yourself Out There”, where you can create a brand (YOU) and grow as large as you want to be. It now costs $10 per month instead of $5 one time fee and you can go higher levels as you wish. But recruiting 4 people to be Affiliates pays for that $10, with minimal effort.

The only contingency is this…..if you commit to being an Affiliate, you must be willing to recruit people to join, if not you’re wasting your time. You can’t pay $10, sit on the couch waiting for money to come in. Life doesn’t work that way, so what would make you think that this does?

It literally will take me a few hours a WEEK to promote this. I have a ton of free ad sites I promote on, my own viral traffic site, my YouTube channel, Facebook (if they let me) and some others. Just know you’ve been advisted and you can’t complain later. This is the EASIEST business model you’ll find, with not a lot of out of pocket costs.

The BIGGEST game changer now is….

Enjoy my review and please feel free to ask questions, leave comments, like, dislike, whatever. I will keep updating periodically as this business grows.

If you’ve seen enough and wish to join now, get started >> HERE 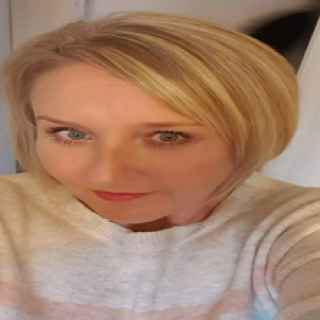 Hi I am Moira Olds from NewYork USA. I have my own online company.I will help you make money online